Take a gander over at Liberty Postings - Sarah Moore's blog - to see what she thought of the State of the Union as it relates to education.

I agree with Sarah on all points but the importance of engineering and science education. While a liberal arts education is good for some things, when it comes to solving actual problems - like energy sources after fossil fuels are depleted - it is engineers and scientists that will lead the way, not lawyers, authors, historians, etc. But, as Sarah notes, Presidents have been saying this for decades. No progress has been realized, and, given this President's track record, I can't foresee any over his reign.

Locally, I am interested to see what happens to Fort Craig Elementary, the flagship year round school in Maryville. Due to a focus on the high school and the need to open a modern intermediate school and the costs that go with such changes, the Maryville School Board is seriously considering closing Fort Craig. It appears to be a bizarre move on the School Board's part to me, as somehow closing your best school will improve the educational benefit to the city as a whole, particularly when one takes into account that the savings of closing Fort Craig will only meet about half of the need to open the new intermediate school. Given the pride that Maryville natives have in their school system, saving a buck doesn't exactly seem to fit with the community values here.

From my standpoint, I moved away from an average school system so that my boys would be educated in one that was excellent. I obviously hope that move was not a mistake on this front, and these proposed changes are not positive in that regard.

Labels: Education, Maryville School Board, State of the Union 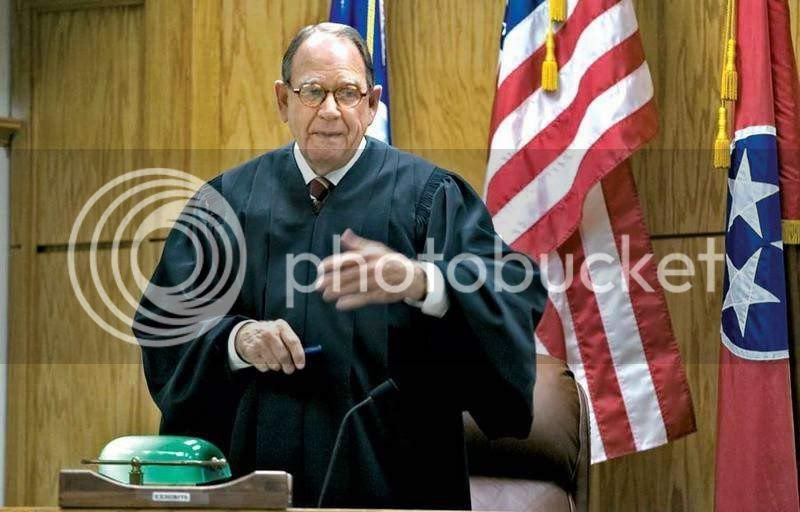 The Honorable W. Dale Young, Judge of the Circuit Court of Blount County, Division 1, retired from the bench yesterday.

I had the pleasure of practicing before Judge Young for the past 6 years. Even if the case didn't turn out the way that I wanted, I always felt that my client had received a fair and impartial hearing. Judge Young wasn't afraid to hammer a deadbeat dad, but he also showed great compassion for litigants that were needing the court to right a wrong. And no one enjoyed adoptions more than Judge Young; he and his staff went out of their way to make sure that it was a day that the children and adoptive parents would always cherish and remember.

That being said, Judge Young's retirement has been expected. He has been of poor health for quite a while, and despite his attempts to keep up with his dockets, it was apparent to everyone that a Republican Governor would likely mean his retirement. (If you don't understand the need for a Republican Governor, research what happened last time that Governor Bredesen appointed a Circuit Court judge and the drama that ensued.)

Names have been floating for a while as to who will apply to replace Judge Young. Some of them include the following: the Honorable William R. Brewer, Judge of the General Sessions Court of Blount County (Division III); Rob Goddard, former County Attorney under Mayor Jerry Cunningham; and Tammy Harrington, Deputy District Attorney.

Some folks have said that I am a candidate. I can see why people would say that, since I have established residency in Blount County recently, have let it be known that I would like the opportunity to serve this community as a member of the judiciary, and have never turned down the experience of sitting for a judge when they are not available. However, at this time and until I feel otherwise led, I am not planning on submitting my name for consideration for the Circuit Court position.

Whoever is appointed to the bench will have a hard act to follow. In addition to Judge Young, Blount County has a great collection of jurists that have set a high standard for any newcomer to the bench to uphold.

Take a look at this dramatic reworking of Tennessee's congressional districts, which would leave the Republicans with an 8-1 advantage for the state's House seats.

It certainly wouldn't be uncalled for - the Tennessee GOP has been on the short end of the stick when it comes to redistricting for over 120 years - but I just can't see something this radical coming out of John Ryder's hands (the National Committeeman and Memphis attorney who has been itching to "have the pen after 2010"). I don't think that Marsha Blackburn (who now has plenty of seniority in the Tennessee delegation, second only to Jimmy Duncan) would like it because it strips off a bunch of reliable GOP areas and increases the amount of money she would have to use on television buys by adding in the Paducah affiliates. Plus, while I am all for dividing up the growing liberal base of Davidson County, it would be a tough sell to some Republicans there, not least of whom could be new Speaker Beth Harwell.

Just food for thought. I will say this - if you're looking for a simpler map than what we currently have, you are likely to be disappointed. Good conservative folks have worked too hard for too long to simply fritter away the chance to make Tennessee a red state for the next generation (or longer).

John Brown has a good read on the Tea Party's efforts here in Tennessee to alter public school history curricula. As John points out, some of their "efforts" aren't, well, historical.

Perhaps the Tea Party should consult with someone who knows their history - someone like John Brown, for instance - before they move forward on this initiative, lest they be as inaccurate as the errors they are trying to correct.

The Move to Maryville

I haven't posted on here in a few months, but that is not to say that those months have been relaxing or unproductive.

In early summer of 2010, Angela and I decided that the time had come for us to explore leaving Knox County. We certainly were comfortable in Knox - we owned a nice house that was relatively inexpensive, had a great office arrangement in Fountain City that was not far from the house, a wonderful church home at Central Baptist Church of Fountain City, and great and inexpensive daycare for the boys at CBCFC - but we both knew that the time was rapidly approaching where change would be necessary.

First and foremost, I did not want my boys to attend Knox County Schools. It simply wasn't an option. If we had remained in Knox County, I would have placed the boys in private schools, and tuition for those is equal to or exceeds what I paid to attend college. Perhaps Knox County Schools are all well and good for some folks, but I wanted Leo and Wil to have as good of an education as could be provided, because that is essential for their lives to be fulfilling. (Did you know that I have yet to have someone convicted of a crime in court where they had a 4-year college degree? In fact, I have only had one person convicted where the person had a 2-year Associate's degree, and that was just recently.) I wasn't convinced that could happen in Knox County, where more of the emphasis seems to be on administration and fiefdoms rather than on quality teaching and moulding the students into future leaders of America.

Second, Angela and I felt that there was a location where we were already part of a community, even if we weren't living there. Even with living in Knox County, we worked almost exclusively in the courts of other counties and were traveling nearly 400 miles a week for work purposes. With my work weeks topping 100 hours routinely in 2010, that doesn't leave much time for community activities close to home.

Third, I didn't feel that I was having any impact whatsoever on Knox County. Besides my tax dollars, I didn't feel as if I was making a difference there. Now, that's not to say that changes couldn't have occurred that would have rectified my impact, but it wasn't what it should have been or what I expect of myself.

Thus, in September, Angela and I started working towards finding a new residence in Maryville. Maryville's schools are incredible; it's like having private schooling in a public school system. In fact, I've known some children that have been educated in Knox County's private schools who have transferred to Blount County, and their parents have told me to a man that they feel their children have received a better education in Maryville. Plus, with the majority of my practice and the majority of Angela's practice being in Blount County, it just made sense to look "south of the river" for a new house.

After a long search (and some divine intervention), we found that house in Royal Oaks, a golf course community in Maryville. (No, I have no idea where Shaq lives.) It's much more house than I ever could have dreamed I would own, and from the desk in my office, I can see the hole on the 13th green. It may take a couple more months to get settled (moving, Christmas, both boys having birthdays, illness, and snow have made December and January tough months for settling in), but I feel that it will be worth it in the long run.

So, in any case, we are officially in Blount County now. (I hope that my decision not to run for State Executive Committe in the 6th District makes sense now to those who wondered why I decided not to run for the vacant position.) My political involvement is certainly not dead - not by a long shot. The right opportunity will come along - you'll just have to trust me on that front for now.

And this blog is not dead. Yes, I have been working almost entirely off of FaceBook for the past year or so, but I am committed to making this blog more active in 2011. Besides, 2010 wasn't much to write about, to be honest. 2011 - I have a feeling this year will be a bit more interesting...

Finally, I still have a home for sale in Knox County. It is just out of the Knoxville city limits (you can avoid paying city taxes by a couple of hundred yards), has nothing wrong with it (it was as maintenance free as any owner could ask of a home), is on a quiet cul-de-sac, is part of a great subdivision which goes all-out for just about every holiday (especially Halloween and Independence Day), and is a steal given that I have priced it about $13,000 below what I paid for it in 2007. Plus, you receive awesome representation in the General Assembly through Senator Jamie Woodson and Representative Bill Dunn. So, if you're feeling so inclined... 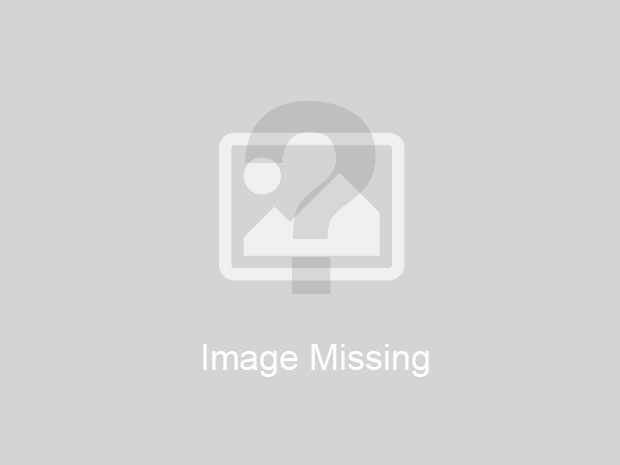